The Ocean Cleanup is a nonprofit organization started in 2013 by the young Dutch inventor Boyan Slat. Its mission is to develop technologies to remove plastic from the ocean — a massive undertaking that falls under no single country’s jurisdiction, and thus has largely been ignored until now.

There is no small amount of plastic in the ocean. Although we don’t know exactly how much, scientists have estimated that 8 million metric tons of new plastic enters the ocean each year. That’s the weight of nearly 170 fully loaded Titanics — except in lightweight plastic. In the Pacific Ocean, a lot of this plastic gets sucked into a giant vortex of trash called the Great Pacific Garbage Patch. The largest of five such ocean patches, it’s roughly twice the size of Texas.

To make matters worse, ocean plastics are an environmental hazard. Not only do they harm over 600 species of marine life, including whales, but they also break down into microplastics, which are difficult to collect and never truly go away. Instead, they work their way up the food chain — from plankton to fish to humans — accumulating in the body. Although we don’t yet know what the effects of microplastics are on humans, we do know that they are toxic to small organisms.

The nonprofit’s ultimate goal is to reduce floating ocean plastic by 90 percent by the year 2040. In the meantime, they are trying to remove 50 percent of the Great Pacific Garbage Patch every five years through a fleet of uniquely designed systems. These systems are essentially massive U-shaped floating tubes with attached nylon screens. The ocean currents sweep plastic inside the funnels, where they are held temporarily between the net and floating tube. Every so often, a garbage ship will net the plastic debris and haul it back to shore.

Last year, The Ocean Cleanup launched its first prototype out into the Pacific Ocean. Now, only one year and one prototype later, they have returned home successful with a cache of ocean plastics.

There’s nothing like that moment when you realize for the first time that you’re catching plastic. Find out more about its destination on December 12th pic.twitter.com/HrCG9M3QXn

To reduce the amount of energy, cost and manpower needed to run this operation, their design is self-operational, using natural ocean currents alone to collect the plastic. 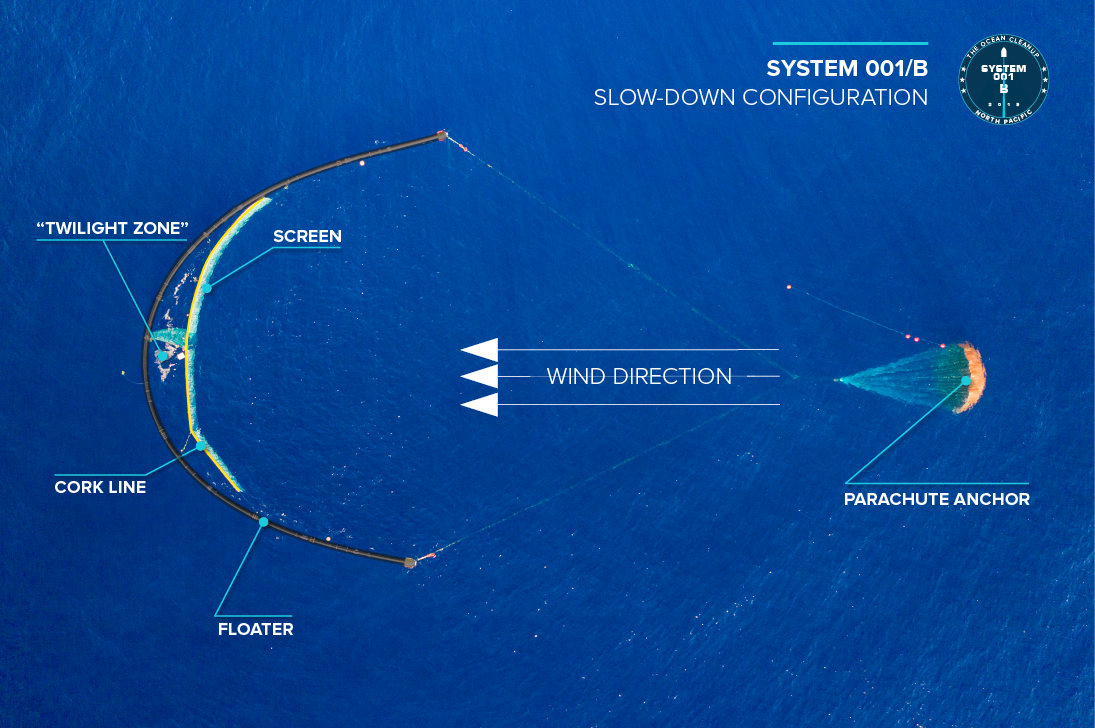 The Ocean Cleanup plans to build and launch an entire fleet of these systems into the ocean, where they can passively collect plastic trash. Once collected, they plan to recycle the trash into valuable items that can be purchased to fund the continuation of the cleanup.

Simultaneously, the nonprofit is attempting to stop plastic pollution where it starts. According to their research, approximately 80 percent of ocean plastic washes out of 1,000 rivers across the globe. They have designed and begun deploying river boats dubbed “Interceptors” that can funnel and collect trash from these rivers before it ever has the chance to enter the ocean. Two Interceptors are already operating in Indonesia and Malaysia. Over the next five years, The Ocean Cleanup plans to build and deploy a full 1,000 Interceptors — one in each of the top polluting rivers. Watch an Interceptor in action below. Still curious? Learn more about The Ocean Cleanup.

Could this be what saves the world’s oceans? @TheOceanCleanup recently announced a new device to catch plastic before it flows into the ocean. The Inceptor will be used to clean up 1,000 of the most plastic polluting rivers in the world. Read more here 👉 https://t.co/tPrJvmsdHK pic.twitter.com/LMNzeoazLs